As some of you may have noticed, we have been looking high and low for a new Vacuum Service Engineer. We have spent months sieving though CV’s, meeting the good and the ugly, so now we are pleased to say that we have finally found our guy! It was important to West Technology to offer this position to the most suitable candidate, who would fit in well at West Technology and hopefully in years to come, Tom will be part of the furniture (like some of the older members of staff…. I won’t mention any names!)

Tom grew up locally, in Yate and when he finished school he trained as an Aircraft Engineer at the City of Bristol College. As a young mechanical engineering enthusiast he then later went on to work for an Airline company, which also sells watches! – He did mention he never meet the famous, wealthy brothers who owned the company but did get complained at while trying to fix problems on the ground, whilst the aircraft should have been in the air.

If Tom is not at work you can find throwing himself down a mountain on a snowboard, as he describes himself as a ‘Snowboard Freak’, alternatively he could be in an indoor paintball site or finally either on a Motor Bike, racing or underneath it, fixing and tinkering using his mechanical skills. 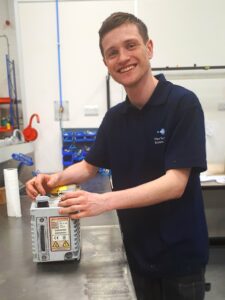 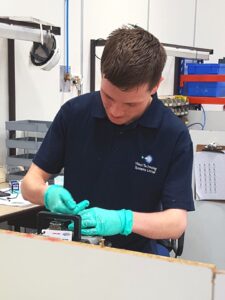 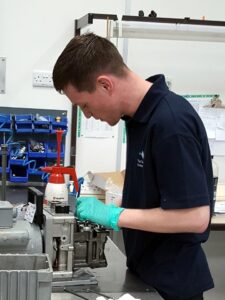 On behalf of all of us at West Technology we would like to welcome Tom to the team and wish him luck for the future. If you have a Vacuum Pump you would like to send in for service and put Tom to work ASAP then please contact us straight away.